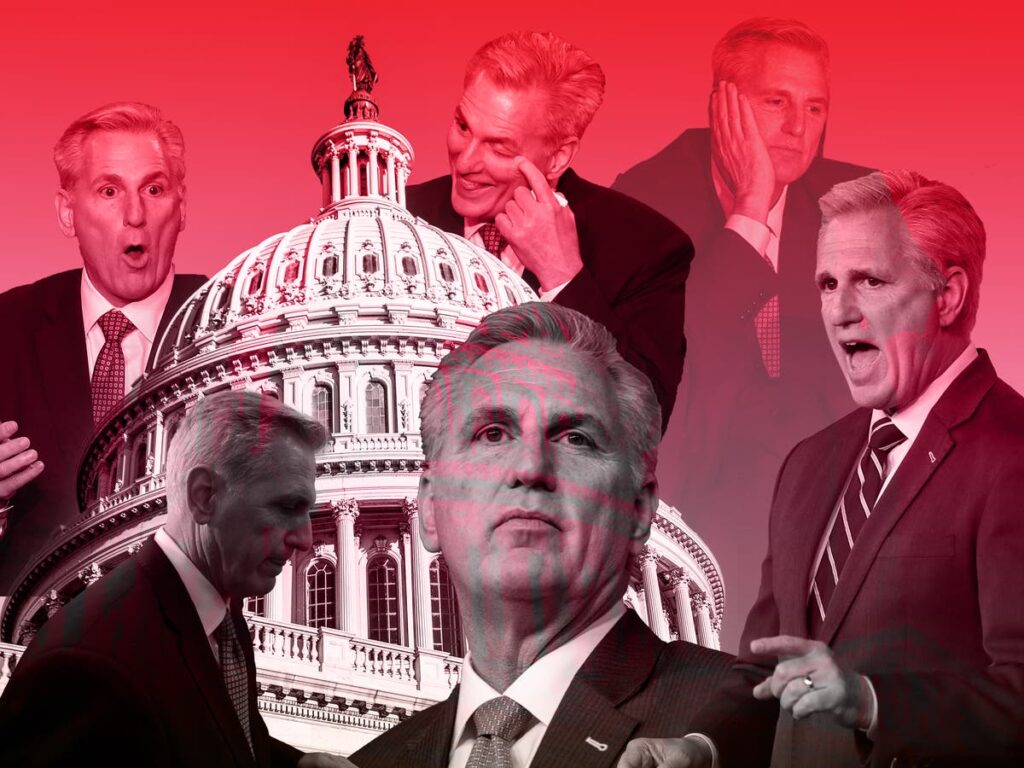 Get our free Inside Washington email

The chaos on Capitol Hill is set to continue for a fourth day on Friday as the Republican party remains at war over who to elect as the next speaker of the House of Representatives.

Kevin McCarthy has now failed to secure enough votes after a staggering 11 roll call votes – making it the longest House speaker vote since 1855.

Mr McCarthy’s bid has been derailed by a group of far-right Republicans – dubbed the “Never Kevins” and including the likes of Lauren Boebert and Matt Gaetz – who are refusing to back him.

On Thursday, Mr Gaetz vowed to resign from his role in Congress should a moderate Republican be elected as new House leader.

“If Democrats join up to elect a moderate Republican, I will resign from the House of Representatives. That is how certain I am. I can assure your viewers that won’t happen,” he told Fox News on Thursday night.

The threat was welcomed by several social media users who urged Democrats to help him make good on his word.

It was only a matter of time before we heard about George Santos again.

Representative Jamie Raskin quipped on Thursday evening that Mr Santos, whose nascent term in the House has been marred by a series of outrageous, disproven claims about his biography made on the campaign trail, has had a more successful go of things than Kevin McCarthy, who has lost 11 straight votes on taking over as the House speaker for the GOP.

“We never had to deal with this much chaos when George Santos was Speaker,” Mr Raskin wrote on Twitter.

Here’s what you need to know about Mr Santos.

Outgoing Democratic Rep Jamie Raskin evoked Shakespeare as he made a dig at the House speaker vote turmoil caused by infighting in the Republican party.

His jibe came as Kevin McCarthy failed to secure enough votes in an 11th roll call vote on Thursday.

McCarthy declares he’s ‘not putting any timeline’ on speaker vote

After 11 unsuccessful votes, Kevin McCarthy says he’s “not putting any timeline” on when he might become Speaker of the House.

“I’m not putting any timeline on it,” he told Punchbowl News on Thursday after the House adjourned. “We’ve got some progress going on. Members are talking.”

There was chatter on the hill that a deal between different factions of the GOP had been reached to allow Mr McCarthy to take the high office, but details of the rumoured pact have not been made public.

A CNN host called out a Republican representative on live TV for addressing her as a “young lady” while answering a question amid ensuing chaos over the election for a new House speaker.

Representative Troy Nehls, who appeared on CNN for the first time on Thursday, was asked by anchor Erin Burnett if negotiators in his party were making any progress on the vote.

The interaction took place as California Republican Kevin McCarthy lost an 11th vote in his bid to become speaker and before the House adjourned for a third day with a stalemate.

At this point, anything could happen, so why not have some fun?

That seems to be the mindset from Donald Trump at the moment.

Even though the former president isn’t a member of Congress, he made a Truth Social post on Thursday superimposing himself into the House speaker’s chair.

The rules around the speakership don’t technically bar Mr Trump from taking the post – and his ally Matt Gaetz has even nominated him to lead the House – but it’s unlikely the former president would ever win the role, especially because he has already endorsed Kevin McCarthy.

For now, all we have is this…uh…very creative image from Mr Trump.

On Thursday, Matt Gaetz vowed to resign from his role in Congress should a moderate Republican be elected as new House leader.

The Florida congressman was asked by Fox News’ Laura Ingraham on Thursday night about the possibility of Republicans striking a deal with moderate Democrats in order to get the 218 votes needed to elect a Republican as House leader.

“If Democrats join up to elect a moderate Republican, I will resign from the House of Representatives. That is how certain I am. I can assure your viewers that won’t happen,” he said.

The threat to resign was welcomed by several social media users who urged Democrats to help him make good on his word.

“Now is our chance: matt gaetz says he will resign if democrats help kevin get elected. I’m all for it, kevin won’t be able to do anything anyway,” one person tweeted.

Another chimed: “YOU HEARD HIM GUYS.”

Voices: Why the insurgents trying to torpedo Kevin McCarthy’s speaker bid are not serious

Voices: Why the insurgents trying to torpedo Kevin McCarthy’s speaker bid are not serious

Eric Garcia writes that Matt Gaetz nominating Donald Trump for House speaker proves this is nothing to do with serious policy divisions.

Representative Nancy Mace from South Carolina was photographed carrying her dog Libby to the House of Representatives chamber as the vote to choose a new speaker dragged on for the third day.

When asked by a reporter whether “pups are allowed on the House floor”, she responded by saying that “there are no rules right now”.

From laughing to cringing: The most memorable images of three days of House speaker votes

With C-SPAN providing an unfiltered live feed of all the action on the floor of the House of Representatives as the votes continue to name a speaker, audiences have been treated to an interesting insight into how Congress functions – or dysfunctions, as the case may be.

Usually, congressional rules dictate what cameras can and cannot show, but with no representatives sworn in there are no such rules.

There have been some memorable still images captured by photographers present in the chamber as lawmakers have laughed, cringed, appeared frustrated and huddled in tense negotiation between ballots as Kevin McCarthy suffered defeat after defeat.

Here are some of the best images to emerge so far:

McCarthy defiant despite 11th humiliating defeat: ‘It’s not how you start, it’s how you finish’

Kevin McCarthy rang in a defiant tone after a seventh consecutive defeat in his bid to become House speaker as he said it was fine if some processes “take a little longer” and don’t “meet your deadline”.

The House on Thursday adjourned for the third time in as many days with a stalemate.

Despite this, Mr McCarthy told reporters after the adjournment that “if this takes a little longer and it doesn’t meet your deadline that’s okay. Because it’s not how you start, it’s how you finish.” He added: “If we finish well, we’ll be very successful.”