The Standing Your PS5 May Damage Your Console Panic, Explained 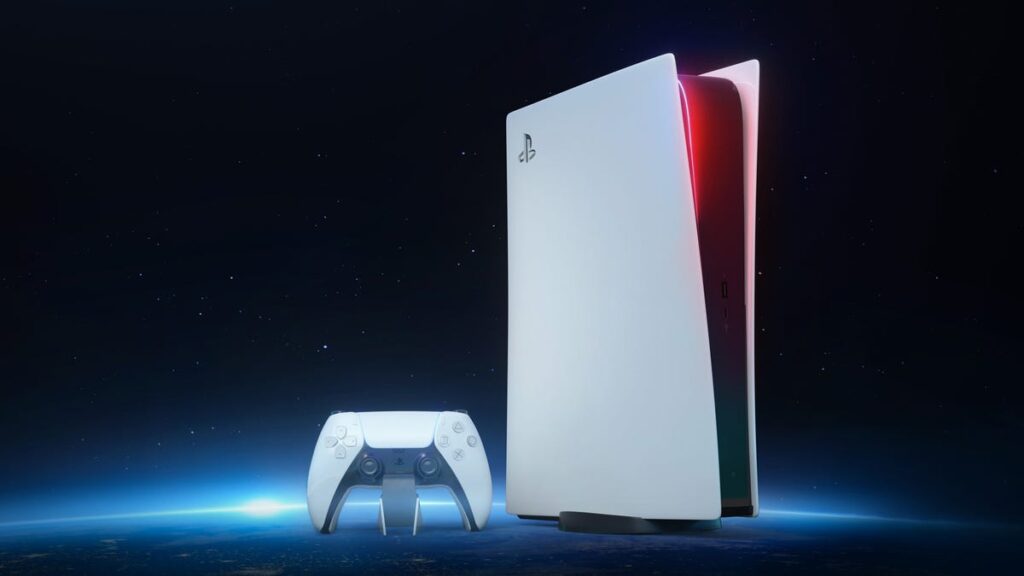 
Recently, there’s been some concern about whether or not PS5’s are safe to stand vertically. Videos and observations from independent console technician TheCod3r and a followup article from Wololo that quoted one such video out of context led to palpable worry among some that standing the PS5 in a vertical position could put it at risk for damage. While the original video documents a potentially very real point of failure in PS5s, it’s not something that is destined to harm your PS5. So, yes, as many have noted, you are probably safe leaving yours in a vertical position.

In a video from September of last year titled You Won’t Believe WHY This PlayStation 5 Stopped Working! Can I Fix Sony’s Catastrophic Mistakes?, third-party repair technician TheCod3r discovered a somewhat alarming issue in a PS5 on his bench for repairs. The liquid metal thermal paste that covers the PS5’s processor spilled out to the surrounding area. Such an issue can clearly lead to problems and will cause a PS5 to not function properly, leading to electrical issues or an inability for the PS5 to properly manage the high levels of heat it produces. This issue doesn’t discriminate between the digital or disc-based versions of the console either. Based on the direction the liquid metal spilled out, it seems reasonable to hypothesize that, as TheCod3r said in one of two follow up videos concerning this issue, under certain circumstances “gravity takes over” and might cause the liquid metal to drip through the seal meant to keep it in place. But while this might explain how this happens in specific cases, it does not explain why, meaning that it wasn’t clear vertical orientation inherently causes this to occur.

Unfortunately, fear of a rather expensive machine dying (which is only now much easier to get) mixed with vague language, led to misunderstandings. In the original video, TheCod3r can be heard saying the notorious console with leaking liquid metal had “never been opened.”

This was what Wololo misquoted and has since issued a correction for. It was mistakenly believed that TheCod3r was referring to the console’s packaging, that it perhaps had never been taken out of the box. This is not true. TheCod3r was referring to the console itself, physically, being opened, likely for repair. But of course, when you consider the language of the original YouTube video itself, referring to “Sony’s Catastrophic Mistakes,” and ending with TheCod3r flipping off the camera as a “fuck you” gesture to Sony, and at least one other repair technician reporting similar discoveries, it’s easy to see how this story got mangled into assumptions that this is an inherent design flaw of the PS5 that other users might need to watch out for.

G/O Media may get a commission

Reserve the next gen Samsung device
All you need to do is sign up with your email and boom: credit for your preorder on a new Samsung device.

But how we got here, and the nuances of how consumer electronics work and fail can get us separated from the question likely on many PS5 owner’s minds: Should you use your PS5 in a vertical position? Fortunately, that answer is pretty clear.

Is it safe to keep my PS5 in a vertical position?

But if you’re still reading and haven’t closed this tab to go back to God of War on your tower-positioned PlayStation, you might want a somewhat longer explanation of what’s going on. So let’s break this down.

The PlayStation 5 was designed to be stood vertically. Recent revelations, like TheCod3r’s discovery, don’t indicate that the console is inherently prone to this failing because of vertical orientation. What these videos document is one such way a PS5 could fail—because all consumer electronics can fail. Furthermore, as a device that has been out in the wild for two years, the PS5 seems to be operating within standard rates of success and failure, particularly around heat. As GamersNexus documented in one case a few years ago, a full year of “constant thermal cycling” showed no alarming issues. Though, GamersNexus did note that the PS5 does seem to use an awful lot of liquid metal, an amount that you shouldn’t match if you’re building your own computer.

What TheCod3r’s video reveals is that, when a PS5 fails, it could be due to liquid metal leaking out—just as much as it is at risk from a power supply failing or some other similar issue. There are other variables to consider beyond vertical orientation, like whether or not the console has been opened previously by a third-party repair technician for example.

TheCod3r’s follow-up video stresses that this is something that, at most, they’ve seen in one out of every 10, or even 20, PS5s that have come in for repair. Remember, that’s at most, one out of every 10 units that he has seen and has worked on, which are already broken—not one out of every ten PS5s in total. It is enough of an common failure that TheCod3r describes it as the first issue he’ll check for when a non-functional PS5 arrives on his bench, but only because the problem is relatively easy and cheap to fix compared to other issues.

TheCod3r states that replacing the liquid metal is one of the cheaper repairs. If swapping out and sealing in some new thermal paste does the job, it’s more affordable and quicker than actually pulling something off the PCB, finding a replacement part, and then resoldering it.

There will always be some percentage of devices that’ll die, and right now it seems that of the PS5s that do die, sometimes the liquid metal covering the processor leaking out is to blame. But other times it might be an issue with the power supply. Or, as TheCod3r mentioned in his video, something like the wifi chip, another common failure point.

Should I keep my PS5 in horizontal position just to be safe?

If you’re like me and are prone to anxiety, keeping yours horizontal might just be worth the peace of mind it’ll afford you. You might also want to throw salt over your shoulder and spin around three times after talking about ghosts. That said, given the rate of failure due to liquid metal leaks being on par with other ways the console might fail, you are perhaps just as likely to have your console die from a PSU issue or some other malfunction, and such a failure would hit a PS5 in a horizontal position just as much of a vertical one.

Read More: The Red Ring Of Death Stalked All My Friends, And Then It Came For Me

Unless new information arises, it’s safe to say that this is not a problem on the scale of the Xbox 360’s red ring of death. Far from it: For now, the liquid metal issue appears to be within acceptable failure rates that all consumer electronics have. Yes, your PS5 is safe to tower over everything else in your entertainment center. And hey, if it does fail, I bet you could anchor a small boat with that thing too.

Doctors Say These are Symptoms of Congestive Heart Failure, Which include Liver Damage — Try to eat This Not That