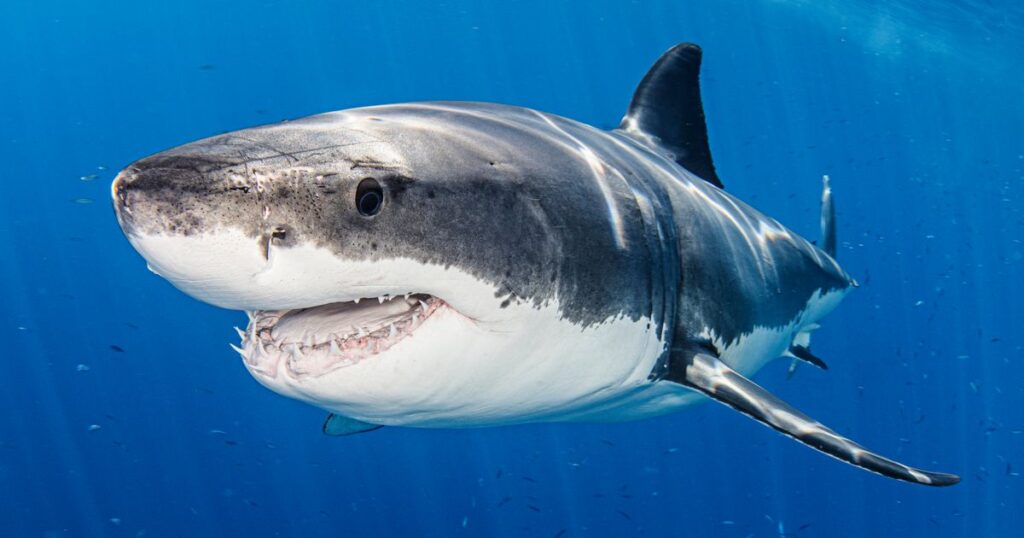 Award-winning film director Steven Spielberg told a BBC Radio host that he “truly regrets” the decimation of the shark population triggered in part by his horrifying depiction of the fish in his 1975 movie “Jaws.”

Sport fishing surged following the hit film that tells the story of a vengeful, massive great white shark that attacks a seaside town in New York and the anglers who come to kill it. Spielberg used a mechanical shark in the film.

Spielberg was asked by host Lauren Laverne on BBC Radio 4′s “Desert Island Discs” podcast Sunday if he would fear sharks if he lived on a desert island.

“One of the things I still fear [is] not to get eaten by a shark, but that sharks are somehow mad at me for the feeding frenzy of crazy sports fishermen that happened after 1975,” Spielberg said.

“I truly and to this day regret the decimation of the shark population because of the [‘Jaws’] book and the film. I really, truly regret that,” he added.

Peter Benchley, who wrote the 1974 book that Spielberg’s film was based on, has publicly apologized for his role in the sharp drop off of the shark population.

George Burgess, director of the Florida Program for Shark Research in Gainesville, told the BBC years ago that the book and movie triggered a “collective testosterone rush” among anglers that “swept through the east coast of the U.S.”

“Thousands of fishers set out to catch trophy sharks after seeing ′Jaws,’” Burgess.

“Jaws was a turning point for great white sharks,” Oliver Crimmen, who’s been the fish curator at the Natural History Museum in London for more than 40 years, told the BBC.

“I actually saw a big change happen in the public and scientific perception of sharks when Peter Benchley’s book Jaws was published and then subsequently made into a film,” Crimmen added.

Burgess estimates the number of large sharks fell by 50% along the U.S. eastern seaboard in the years after the release of Jaws.

Research by biologist Dr. Julia Baum found that between 1986 and 2000, there was a population drop of 89% in hammerhead sharks, 79% in great white sharks and 65% in tiger sharks in the Northwest Atlantic Ocean. That was due to both sport and commercial fishing.

Consequently, Benchley spent time after his book was published campaigning to save sharks.

“‘Jaws’ was entirely a fiction,” Benchley told the London Daily Express in 2006. “Knowing what I know now, I could never write that book today.”

Sharks “don’t target human beings, and they certainly don’t hold grudges,” which is how they’re portrayed in his book and the movie, Benchley said.

“There’s no such thing as a rogue man-eater shark with a taste for human flesh,” Benchley added.

The global shark population is in “rapid decline,” the World Wildlife Fund has warned. Many species of a fish that dates back to the era of dinosaurs are “threatened with extinction,” the organization notes.

Spielberg’s latest film, “The Fabelmans,” focuses on humans. It’s the mostly true story of his own childhood and introduction to filmmaking.

Spielberg called the already-acclaimed film ”$40 million dollars of therapy,” adding: “I didn’t know, really, what I was doing, except I was answering a need I had.”

Spielberg said he struggled to make the film as it dredged up vivid memories of his youth. “It was a tightrope for a while,” he said of the filmmaking.

Asked by Laverne if he had become emotional while filming, he replied: “Yes, I did. I did. Oh, my God, I did.”

Check out the “Jaws” trailer — which characterizes sharks as the “devil” — here:

Meta’s ‘darkest days’ are in advance, but some analysts say advertisement income are continue to on monitor

Jane Fonda claims climate disaster ties to racism: ‘Where would they put the s—?’